Private space company Rocket Lab has revealed his plans to send a small spacecraft into Venus’ atmosphere to analyze it for signs of life.

A new study published in the Instrumentation and Methods for Astrophysics details Rocket Lab’s plan to send a Photon satellite deep within Venus’s atmosphere to measure its atmospheric composition and geologic history. The results from the mission will give researchers a better idea of ​​the history of Venus and the planet contains the necessary ingredients for life.

The private space company cites its recent success with its CAPSTONE launch and proposes using its reliable Electron launch vehicle to send a small spacecraft that’s equipped with an autofluorescing nephelometer (AFN). This instrument is designed to shine a laser onto the many particles within Venus’ atmosphere, and if the laser hits a molecule that fluoresces, it’s likely organic. An example of this would be the amino acid tryptophan, which is known to have fluorescent properties. Rocket Lab’s spacecraft is only small, measuring in at just 2.2 pounds.

The small form factor of the spacecraft allows for Rocket Lab to conduct rapid launches on multiple scientific ventures, allowing researchers to answer questions much faster than they typically can, with missions usually taking several years of planning and preparation. Rocket Lab’s Photon probe will dive into Venus’ atmosphere for approximately five minutes, and during that time, it will collect all the information it can and relay it back to Earth. 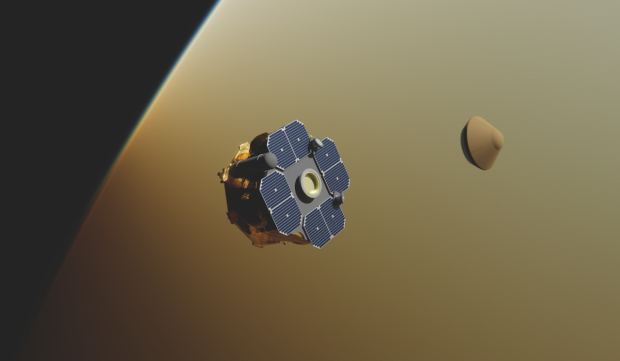 “The ability to send a small payload of one or two instruments at a time enables focused science on rapid timescales and is a game changer for science. Missions otherwise typically take years to a decade to plan and implement, making it hard to jump on answering new and exciting science questions,” said Dr. Sara Seager, a Professor of Planetary Science at the Massachusetts Institute of Technology, the mission’s Principal Investigator, and a co-author on the paper.

Rocket Lab doesn’t want to stop there, as researchers outlined in the study, the company is planning for two follow-up missions, with one involving the spacecraft being equipped with a parachute device that prolongs its exposure to Venus’ atmosphere – researchers estimate it would spend about an hour in Venus’ atmospheric cloud layers. The other mission involves a balloon that would allow the spacecraft to remain suspended in the atmosphere for at least a week.

In other space news, NASA is about to launch the Space Launch System (SLS) rocket in its first step back to returning humans to the Moon. The mission is called Artemis 1 and will feature a round-about trip to the Moon to gather vital intelligence for future missions., More on that story can be found below.