You might think it’s American or Australian but this refreshing beverage hails from the island of Borneo, specifically the hilly terrain of Tambunan, Sabah.

Wong shares, “It all began as a simple idea nearly a decade ago — when I was pursuing my studies in New Zealand. There, I developed a fondness for quality ginger beer and mulled the idea of ​​one day using Sabah’s spicy ginger to make my own.” 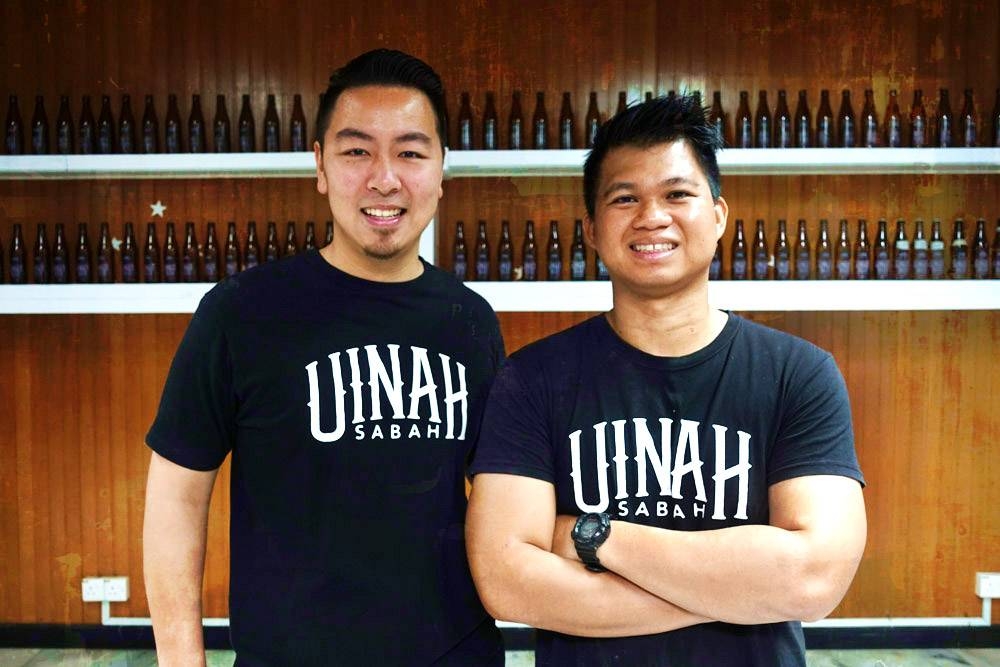 However, the idea was placed on the back burner for some years as Wong built his career. It was only revived later when his childhood friend Liew got enamored by the idea of ​​Sabahan ginger beer too.

Together they worked on a recipe for over a year before coming up with one they were happy with for Uinah Ginger Land.

For those who are curious, “uinah” isn’t an acronym or name of a place in Sabah.

Instead, as Liew explains: “‘Uinah’ is our local Sabahan slang for ‘Wow!’ or ‘I’m impressed’, and this reflects our brand’s vision to bring a ‘wow’ experience to our consumers through great tasting, great quality products.”

Ginger beer isn’t exactly a new product, however, so something must set a challenger apart from the well-established pack in the beverage aisles of a supermarket. 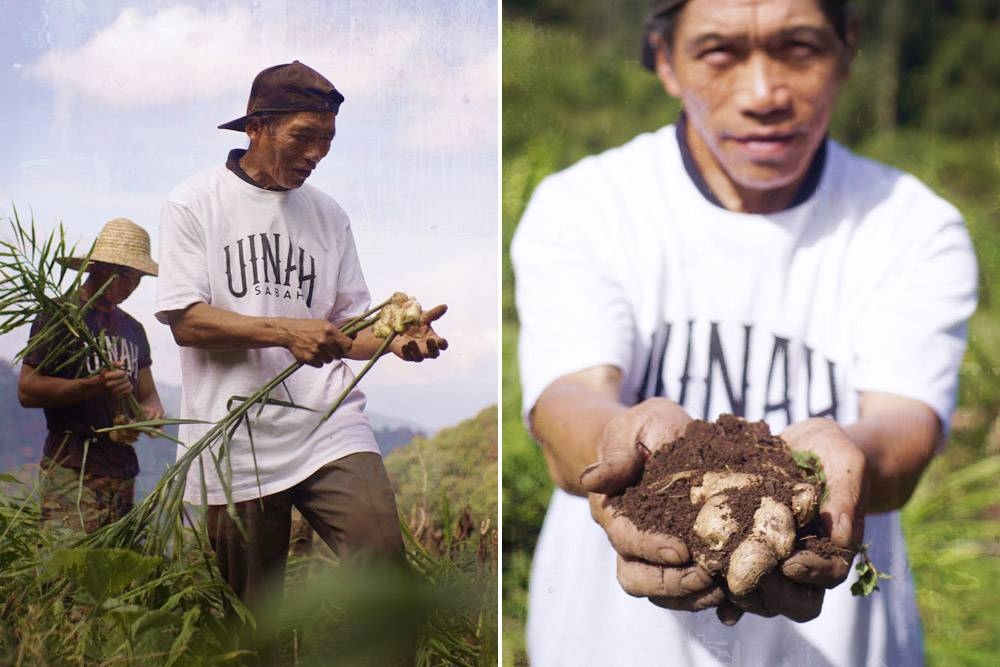 The hilly terrain of Tambunan is one of the factors behind the spicy Sabahan ginger.

Rather than relying on adaptations in the manufacturing process (eg carbonation, natural fermentation, etc.), Uinah focuses on the provenance of their raw material — and with that, its inimitable terroir.

Wong says, “Our flagship beverage, Uinah Ginger Land, is unique because we use some of the spiciest gingers in the region found in Tambunan. This gives our Ginger Land a spicy zing with a Bornean twist that sets it apart from other brews.”

Their Ginger Land tagline is “Spicily Refreshing!”, which even with the usual marketing aggrandizement, isn’t too far off the mark.

The ginger beer isn’t overly sweet, allowing the heat to shine, and does indeed have a crisp finish. With increased demand, Uinah has grown into a full-fledged manufacturer with its own factory space by 2020.

Liew adds, “The tartness of lemon balances well with our ginger’s strong kick, making it a great choice for Borneo’s sunny days. What may surprise you, though, is that our Ginger Land is also sought after on cold, rainy days because ginger warms the body.”

Operations were modest when the duo started in 2018; production took place in the backyard of Wong’s house. They launched Uinah Ginger Land at the Jesselton Artisan Market that July, which proved to be a resounding success; customers were excited by and proud of a homegrown product.

Wong recalls, “We have since received huge support and praise from the market. The increasing demand for Uinah Ginger Land led the team to move into more serious production for the wider market, and bottled production opened the path for Uinah to place its flagship product on the shelves in East Malaysia.”

Uinah grew into a full-fledged manufacturer with its own factory space in 2020. The pair introduced new items to their product line, including Honey Meadow, made with Sabahan wild honey and calamansi, and Roselle Paradise, made using roselle flowers harvested by hand, plus a touch of lemon and ginger.

It was all systems go. Then the pandemic struck, requiring all forecasts and expansion plans to be thought. Liew says, “Uinah, just like any other SMEs (small and medium-sized enterprises), had to downsize and hibernate from the pandemic to survive. Keeping the team small and lean, we could only depend on online purchase and small deliveries.”

The pivot worked and as consumer appetite recovers from the slowdown, Uinah finds itself in prime position again.

Wong shares, “Our strategy onwards is to create a strong presence in Sabah, having our Uinah beverages made available in all cafés, restaurants and supermarkets to generate solid sales and awareness of the brand.”

Moving forward, Uinah has continued to add to their product line. Besides new beverages such as Lime Forest, a zesty cooler made with key limes and calamansi, and Pomelo Spring, a blend of Borneo’s pomelos and black tea grown at the foothills of Mount Kinabalu, Uinah has started offering non-beverage items such as ginger powder and a variety of local honey products such as Kelulut Honey.

Whether you find your Uinah beverage in the form of a bottle or a can, in your neighborhood supermarket or at a cozy café, chances are you’d enjoy the promise that Wong and Liew had made, that every sip will be “Spicily Refreshing! ”